All About Cat6a Cable 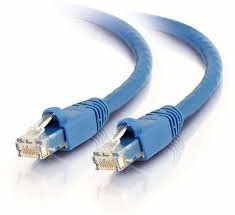 It was once thought that copper cabling would never support speeds above 1 Gig, but Augmented Category 6, or Cat6a – has proven that wrong. Copper still lives and copper cabling may still be around at 40 Gig.

The new Cat6a standard extends the frequency of Cat6a cables to 500 MHz with specifications for a new performance parameter called Alien Crosstalk (ANEXT). Cat6a cables are fully backward compatible with all previous categories, including Cat6 and 5e. NEXT is crosstalk that occurs between adjacent cables and connecting hardware. The higher frequency signals of Cat6a makes ANEXT the limiting noise source for Cat6 and Cat5e systems.

Due to its ease of installation and familiarity among installers, Cat 6A UTP is today’s cabling of choice as it can support future bandwidth needs and 10Gb/s performance. In addition, the shield n the STP cable helps prevents electromagnetic and radiofrequency interference (EMI/RFI) on twisted pairs, helping eliminate the effects of noise from sources like machinery, generators, or medical imaging equipment, making STP systems the  choice for industrial and healthcare facilities.

As most residential systems are not faced with EMI/RFI challenges, so UTP is still the recommended cabling type for home installations.