Bad Connectors will Kill your Network 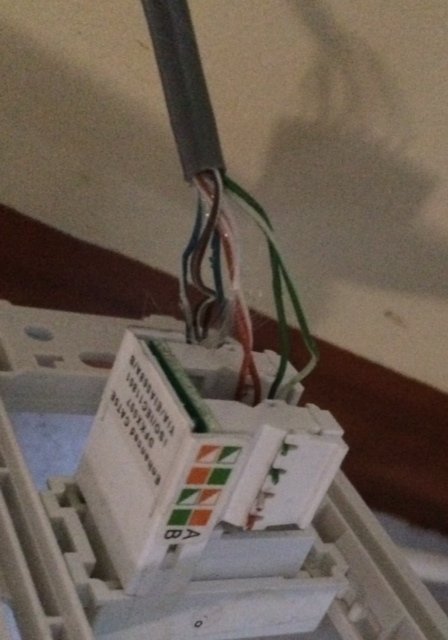 A client was having serious connectivity and network issues. It was a very small business with just a few computers. But as they were working, a couple of the machines were losing their connection to the Internet. The problems and symptoms had been going on for over a year. They would lose Internet connection and they figured out that if they unplugged and replugged the network cable that the connectivity would usually come back. But sometimes, they would have to unplug and plug a few times to get connected. As you could imagine, this was incredibly frustrating for them.

Fortunately, we found and fixed the problem very quickly.

When network connections are flaky we always first look at the cabling and then the hardware and software. And since this was a network-wide problem, we had a strong feeling that they either had a cabling issue or a bad network switch.

In Figure 1, we took a photo of the connector that was going into the modem/router. If you look closely, you can see that the sleeve ends just short of the connector. This is so wrong. The sleeve needs to go inside of the connector so that it provides support and strain-relief to the 4 twisted pairs of wires. The wires would get bent at 90 degrees which changes the impedance and properties of the signal. Figure 2 is the inside of one of the wallplates. As you can see, the wires are untwisted and then punched into the slots for each of the 4-pairs. But they are untwisted too much.There should be no slack in between the sleeve and the connections. So, again, this will greatly reduce the effectiveness of the data transmission.

All cable connections and wallplates were checked and fixed. We cut off the bad connectors and recrimped on new ones. And we reterminated the wallplate. Since then, they have had 100% uptime on the Internet Service.