Bringing Innovation and Competition back to Windows 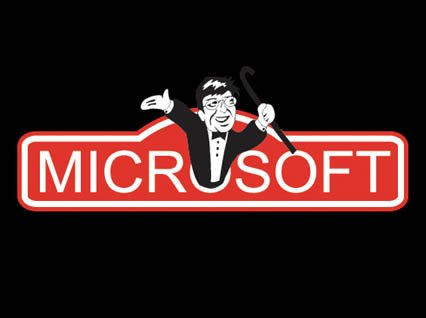 Would you consider using the cell phone you had in 2000? Think about it. Back in 2000, the early models of the Treo were hot products and by today standards they are very inadequate.

As for me, I am still using Word 2000 and even if you have the more current version, I doubt that there are any features in it that are compelling. Microsoft has a stranglehold on the PC industry. They dominate the operating system and the applications market. They don’t have any formidable competitors. Test yourself. Who is Microsoft’s biggest business software competition? It isn’t Google because Google is giving away their Google Apps. It isn’t Apple because Apple is a hardware manufacturer. They don’t develop business applications that compete with Office.

The answer is Corel. Do you use any Corel products? Probably not. Corel as a company has a market value of $53,000,000. Microsoft has a market value of $204,000,000,000. That makes Microsoft 3,849 times bigger than it’s biggest software competitor. Microsoft is a monopoly. There is no other word to describe it. And they have stifled innovation and competition. I wonder what it is like to be Corel? They are number two in their industry and they are a relatively tiny company.

All of these ideas are drastic. But considering the state of the PC industry, drastic action are necessary.

What can we expect from these ideas? I believe these actions could revitalize the PC software and hardware industry and create millions of new jobs by unleashing competitive forces and enabling software companies to create great new products. It will increase productivity and decrease pollution and waste.

There are applications and ideas out there that we haven’t thought of yet. But because Microsoft hasn’t done it, it won’t get done. Let the marketplace drive new ideas. Depending on Microsoft alone is like having only one choice of car or one choice of bicycle. Eventually, the manufacturer is going to get rich, complacent, lazy and abusive.