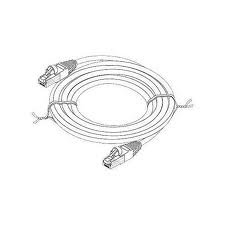 A faster office is a more productive office right?  That means, because you wish your computer equipment to operate at the speed of light, that Cat6 cable is the only way to go – or is it?

Just because you are making upgrades to faster equipment office wide, it doesn’t necessarily mean that you’ll have to invest in Cat6 cable.  It’s true that Cat6 has twice the bandwidth of Cat5 and that it is far superior in performance than either Cat5 or Cat5e.  Cat6 is also capable of transferring data at a much faster rate, but in most regular office applications Cat5e is more than capable of handling the required workload.

Your new computers, internet service and office communication system may be much faster than the one that you are replacing, but that’s not the only thing to consider when selecting a networking cable.  If you aren’t transferring exceedingly large amounts of data or operating virtual PCs, Cat6 cable may be much more cable than you need and cost much more money than you need to spend.

There are a number of things to consider when upgrading your office computer or communications system.  In order to ensure that your equipment will operate as intended and that you don’t spend money unnecessarily, you should contact a local network cabling professional for a detailed estimate.