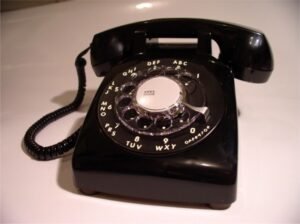 This is your PC

Remember the 60s? I do. We had a rotary phone and it made phone calls. Our number was Whitehall 6-4990. And it was an amazing device that allowed us to talk to our friends and family by simply spinning the dial for each number and waiting for someone to pick up the phone on the other end. Back then, Ma Bell had a monopoly and most people probably thought that was fine. Phone service was reliable. The technology seemed like a blessing. The service was affordable although long-distance calls were very, very expensive.

Then the US Government stepped in.

It was a 10-year battle that ended in 1984 with the creation of “Baby Bells” that handled the local service and AT&T surviving as a long-distance provider. The break-up led to a surge in competition for long-distance service. Local calling rates rose but, over time, long-distance rates have plummeted. Wireless technology and the internet were also made more likely to evolve by the breakup of Ma Bell. Does anyone really believe that Ma Bell would have created wireless technology on it’s own?

And so, now we have Microsoft. You might think that your PC is fine. That Microsoft is the benevolent gatekeeper of your desktop technology. But I think that Microsoft is holding back innovation by controlling both the operating system and the applications. It is similar to Ma Bell controlling both the phone lines and the phones. So, hopefully, this will change. As web-based apps and tablets become more and more popular, the need for Windows will continue to decline. If applications are running in your browser, you don’t need Windows. And if you are already choosing iPads and Android tablets, then maybe Microsoft’s stifling domination is coming to an end. Because the PC industry is in dire need of more competition and innovation.